RICK LOVATO: a former STS trainee and a top ranked northeast high school snapper, Lovato signed a scholarship to Old Dominion University in 2011 where he was a four year starting long and short snapper.  Was named to the Sporting News College All-American team in 2013 and performed in the 2015 Gridiron Senior All-Star game.  Signed as a priority free agent after 2015 NFL draft, Lovato signed with the Chicago Bears before finishing the 2015 season with the Green Bay Packers.  In 2016, Lovato snapped for the Washington Redskins before finishing the season with the Philadelphia Eagles.  Lovato signed a 3 year deal with the Eagles heading into the 2017 season where he earned the starting nod, appearing in all regular season and post season games including Super Bowl LII! 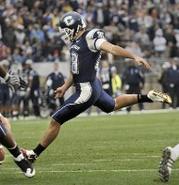 DAVID TEGGART: a former STS trainee and an all-state athlete out of Northborough, MA, David signed a full scholarship to the University of Connecticut after an awesome performance at the 1st Annual STS College Exposure Camp. David took over as the starting kicker in 2008 and earned Freshman All-American honors after connecting on 13 of 15 field goals and all 16 PAT's! David finished his UCONN career by hitting over 76% of his field goals, placing 3rd all time in points in the Big East Conference. Graduated from UCONN with a B.S. degree and then signed with the Chicago Bears for the 2012 season.  David's father, David Teggart Sr., a former record setting University of New Hampshire kicker, is also part of the STS staff.  Dave now runs Teggart Total Kicking in Massachusetts.

GEIR GUDMUNDSEN - SNAPPING DIRECTOR
Gudmundsen is a former All-American lineman and long snapper at the University of Albany where he earned a B.S. degree. Gudmundsen then took his skills to the NFL where he snapped for the Buffalo Bills. He is now a strength and conditioning trainer and works with many college and professional athletes. Gudmundsen has done extensive work preparing future professional football players for the NFL, CFL and Arena Football Leagues as the director of football operations at TEST sports in Martinsville, New Jersey.  Gudmundsen has worked with hundreds of snappers over the last ten years.  His knowledge of the game both on and off the field make him one of the nation's best snapping coaches. 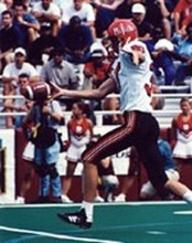 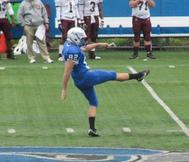 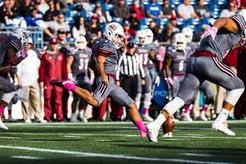 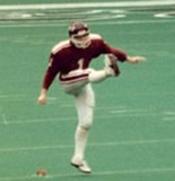 JIM COOPER: signed a full scholarship to Temple University where he started from 1984-1987 and earned a B.S. Highlights of his career include a school record 52 yarder and 28 yard game winning field goal versus the Pitt Panthers. Cooper had professional tryouts with several NFL teams including the Oakland Raiders and had the opportunity to train with former NFL MVP Mark Moseley of the Washington Redskins. Played professionally with the Atlantic City Cardsharks in the National Indoor Football League.  Jim now runs 5 Star Kicking in South Jersey. 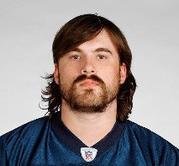 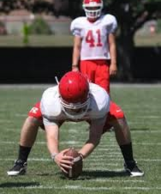 CHRIS KOEPPLIN: a former STS trainee, Koepplin kicked and punted for two seasons at Nassau Community College in Garden City, N.Y. before accepting a scholarship to University of Massachusetts from where he graduated with a B.S.  Chris earned 2nd Team All-Atlantic 10 Honors in 2006 after connecting on 16 of 23 FG's (long of 48) and 51 of 52 PAT's for the A-10 Champion and National Finalist Minutemen! Chris finished his career at UMASS in 2007 as one of the best in school history and has gone on to the Arena Football League and New England Patriots of the NFL.  Chris now runs Koepplin Kicking on Long Island, NY.

LEE MCDONALD - KICKING DIRECTOR
A 1st team All-State kicker out of DeMatha Catholic High School (MD), McDonald signed a full scholarship to Rutgers University from where he earned a B.A. in 1999 and a Master's in Education, Counseling Psychology in 2002. The former Scarlet Knight is known for his booming kickoffs and 1999 game winning overtime field goal that upset Syracuse 24-21 on ESPN.  McDonald garnered Special Teams Player of the Week honors twice during his career and was named to the Big East Conference All-Academic Team in 1998 and 1999.  McDonald then kicked for the Buffalo Destroyers of the Arena Football League and the Norfolk Nighthawks in 2000 where he set several Arena 2 football kicking records including most field goals in one game (6).

After his playing career, McDonald spent three years as an athletic academic advisor and admissions liason with the Rutgers University football program where he voluntarily coached kickers and punters. McDonald then spent five years as a school counselor and assistant football coach at the high school level.  Since 2009, McDonald has served as supervisor overseeing school counselors and the college search and admissions process at two of New Jersey's most highly ranked public high schools. 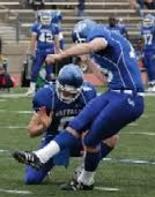 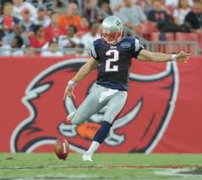 NICK FERRARA: a former STS trainee, Ferrara connected on 18 of 25 field goals (long of 52 yards) as a true freshman for the University of Maryland in 2009 which earned him Freshman All American honors.  Was the starting field goal, kickoff and punter for the Terps for most of the 2010 - 2011 seasons.   Finished his college career at Stony Brook and was named All-Conference punter in 2013.   Had several NFL tryouts including a brief stint with the NY Jets.

MIKE CAGGIANO: a former STS trainee who was an All-State selection, Star Ledger Top 50 performer, and holds the New Jersey extra point record. Mike was a standout performer at the STS College Exposure Camp and earned a full-scholarship to the University of Massachusetts where he was a four letter-winner and performed both kickoff and field goal duties for the better part of three seasons from 2016-2019.  Mike now runs Mike Caggiano Kicking and assists STS both on and off the field. 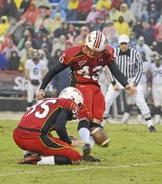 ROB JONES: a three-year letter winner at James Caldwell High School in New Jersey before accepting a preferred walk-on spot at Rutgers University in 2009.  After red shirting as a true freshman, Jones went on to serve as the Scarlet Knights' long snapper from 2010-2013, playing in all 51 games of his career.  After earning a scholarship prior to the 2011 season, Rob went on to become a 3-time member of Big East and AAC All-Academic Teams.  Graduated with a B.S. in Sports Management and earned a tryout with the New York Jets after completing his career.

BRENDAN CAHILL: a former STS trainee in high school and college, Brendan started as a kicker and punter at Hartwick College (DIII) from 2008-2011. Despite having double arthroscopic hip surgery in his junior and senior seasons, Brendan ended his career with a 37 yard average and the longest punt in the Empire 8 Conference in the 2010 season (61 yards). Brendan is currently a high school history teacher and football coach in New Haven, CT. 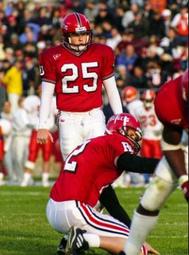 Titus was a standout punter at Monroe High School in New Jersey and walked-on at Rutgers University where he earned a full scholarship after becoming the starting punter in 1998. He graduated from Rutgers with a B.A. in 2000 and finished his career with a 41.9 yard average on 155 career punts. In 1998, Titus was honored by the Big East Conference as the Special Teams Player of the Week after averaging 51.4 yards on three punts during a Scarlet Knight victory over the Naval Academy. In addition to training with All-Pro NFL punters Sean Landetta and Josh Miller, Titus had several private try-outs for NFL teams including the Buffalo Bills, Miami Dolphins and the Pittsburgh Stealers.  Titus has been a part of STS from the beginning and has trained hundreds of youth, high school and college punters including many all state and all American performers.  He has also appeared at the Nike Football Coach of the Year, Glazier Football and New Jersey Football Coaches Association Clinics.  Titus is a high school physical education teacher and coaches multiple sports.  His ability to relate to athletes of all backgrounds and knowledge of the punting game make him one of the country's best specialty coaches. 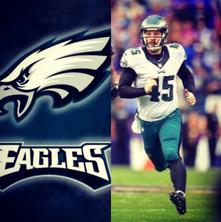 GERRY McGROARTY: a former STS trainee who was a two-time All-State selection and Super Prep All-American whose 64-yard field goal is the longest in Pennsylvania state history and the fourth longest in high school football history. Gerry signed a full-scholarship to Buffalo from where he graduated with a B.A. and performed kickoff duties and long-field goals (career long of 46) for four years. Gerry finished his college career as a force on kickoffs for the 2008 MAC Champion Bulls who also appeared in the International Bowl!  McGroarty now runs Cannon Kicking out of Willkes Barre/Scranton, PA.